But everything else is coming along nicely. I need to fix that angle on the roofwalk. I have body mounted a pair of beta test Micro Trains scale couplers. The caboose has the long shank couplers. Not only did I have to drill and tap the hole, but I also had to tap the coupler box mounting hole aso the normal 00-090 screw to fit through the box. 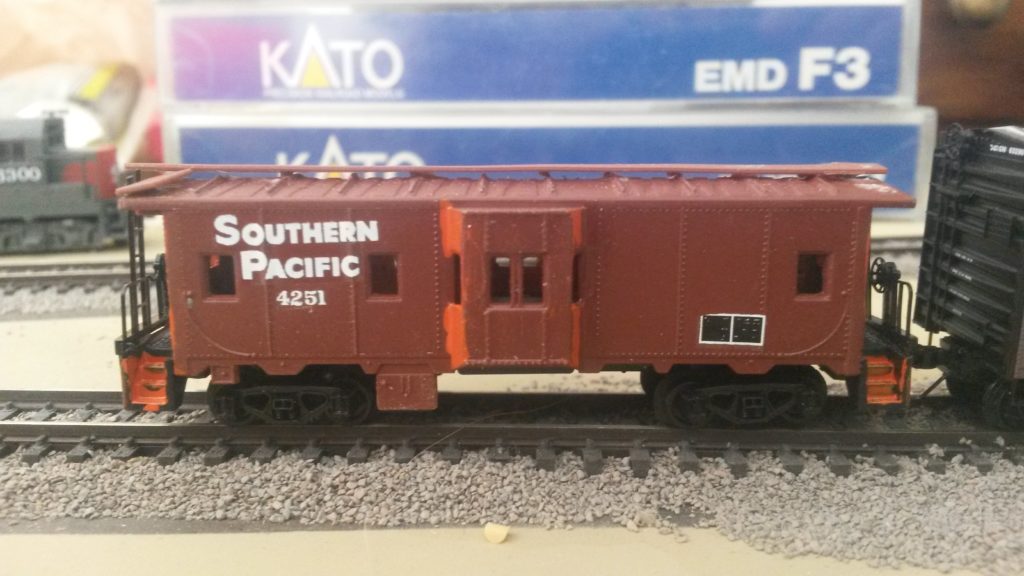 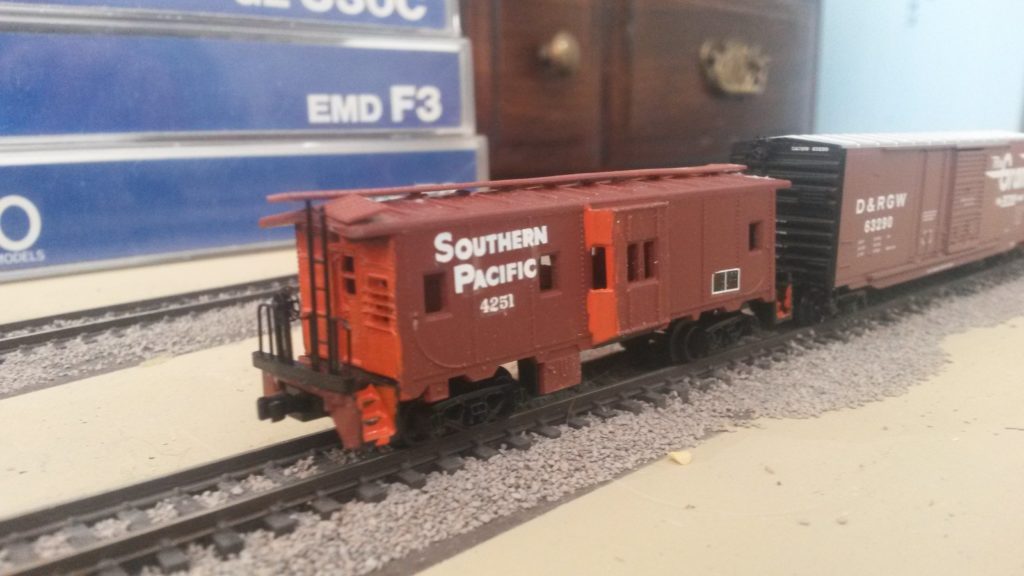 I also converted my Micro Trains SW1500 with the standard shank scale couplers. The mounting clip for the coupler is a real tight squeeze, I had to hog out the coupler box mounting hole with a #62 drill bit, and still had to fight it back into place. Damn, it looks great, but it is a bitch. 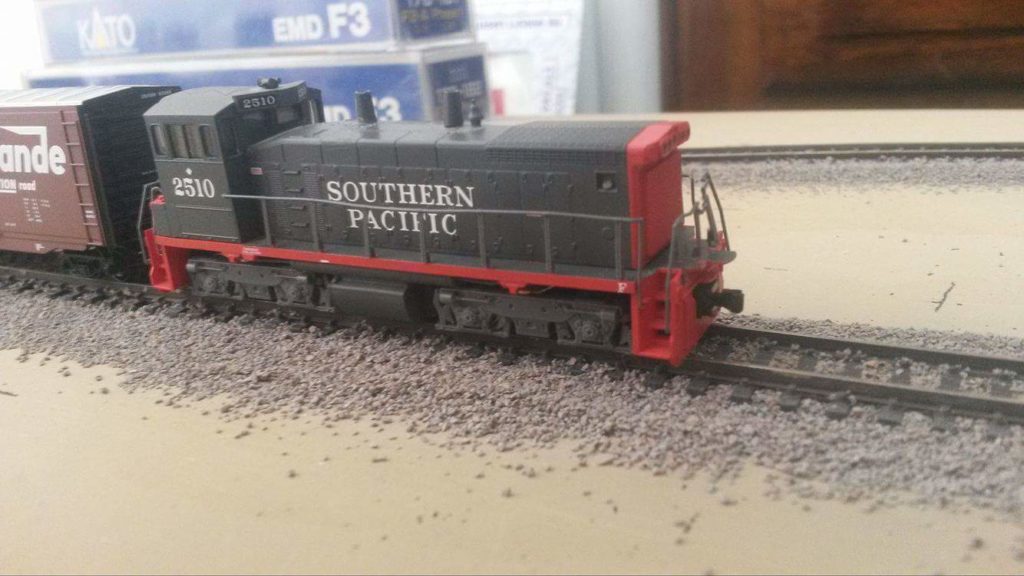 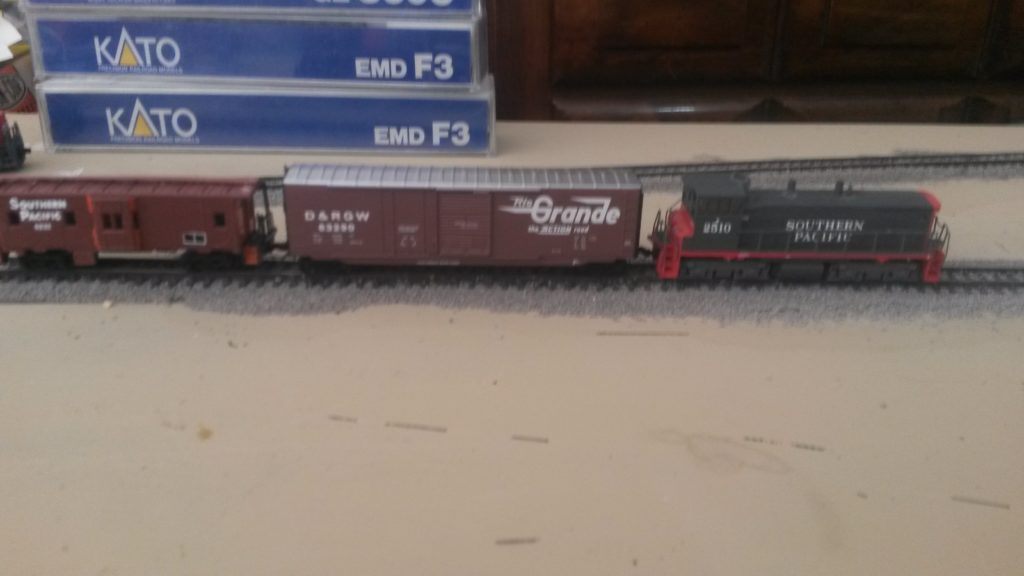